Best Board Games For Families

We all know that we are living in a digital world, but as parents, it is in our best interest that we find other ways to keep our digital kids occupied. Board games are a fantastic way through which you can help kids have a great time while at the same time educating them. Also, board games are ideal when it comes to having some good old-fashioned family time. We are already six months into 2016, and a lot has happened since the beginning of the year. Below are our picks for the best board games for families in 2016.

Best Board Games For Families

The King of New York is a fast-paced yet a simple game. Unlike its harbinger, King of Tokyo, this game is quite in-depth, with a lot of decisions to be made. This game can be played by up to six players, and each game takes approximately one hour. It features a super cool artwork; it is just fun. The game also comes with six new monsters to play, buildings to stomp, and military units to supplicate. The main aim of this game is to overcome other monsters and rule the King of New York.

While Sapiens is undeniably among the shorter games (has approximately forty minutes playtime), this does not make it any less awesome. This game is fun, and the best part? It can be played by up to four players! Generally, the players will guide their people while hunting, gathering, and interacting with other nomads. After the game, the players make a comparison of their domains, and the one having the most points in the weaker domain takes the lead. 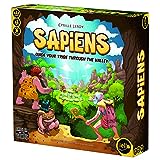 This game has a high replay value and direct interactions of players, and this explains why it has quickly risen in the ranks and why we added it to our list of the best board games for families in 2016. In this game, players assume the role of an overly ambitious demigod attempting to get a spot on Mount Olympus. To achieve this, the players will need to recruit heroes, undertake quests and acquire artifacts so as to earn the favor of the gods. This game is well-designed with great graphics, and it’s worth every penny. 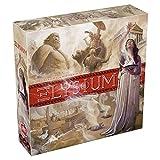 This game is fun to play, engaging and social. Players need to bluff, bribe and negotiate on deals, hence it is a good game for laughs. In this game, players take turns playing the Sheriff while the others act as merchants and attempt to sneak in goods into the city. The player who acts as a Sheriff has the responsibility to keep the city clean since there is always the possibility that contraband may be snuck in.

The Catan 5th Edition is an updated version of Settlers of Catan. This game has simplified and clarified the rules in the Settlers of Catan. It is best when played by four players, and it will for sure make and break friendships. This game features updated graphics, and it has a lot of replay value. Literally, it is one of the best games ever made. It is a great choice when you need something cool for your kids.

4,206 Reviews
Catan The Board Game
Buy on Amazon


What did you think of our list of the best board games for families? Awesome? Boring? Other ideas to add? Whatever it is, we’d love to get your feedback! If you are looking more for a one on one game to play with the kids, have a look at the Klask Board Game.

Solar powered toys are great gifts for kids, for many reasons.  First of all, they are generally less expensive in the long term. Unlike traditional toys that

If you are looking for toddler toys that are made of sustainable and more natural materials, then continue reading. We will cover 4 very popular

Have you ever had to shop for your kids or maybe someone else’s and you had no idea what to get? Frustrating isn’t it. Especially when you

Amazon’s Alexa service is a great service for families. Family members can download the Alexa app on their phones and use some of the neat

Anyone interested in a good investment knows that the Lego Company offers great returns on any and all investments. With amazing sets and toys being released

I’m not sure about all of you parents out there, but until this past Christmas, we had no idea whatsoever that the Lego Mindstorms EV3

2 thoughts on “Best Board Games For Families”